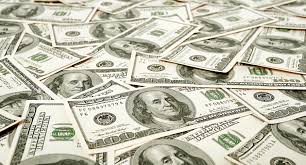 Governments fund themselves through three ways. They can either – tax, borrow or inflate. The last option is preferred, as it is the method least likely to anger the public. However, inflation is associated with large-scale wars and great social and economic upheavals.

Greetings. Today, I would like to talk about why governments often choose to inflate their currency despite the risks of hyperinflation. There are three ways that governments can fund themselves. They are – to tax, to borrow, or to inflate the amount of currency. Taxation is very unpopular with the public because its effects are so direct.

Borrowing is not a true remedy as it merely delays payment. To some degree, governments can continue borrowing, but it is like a person using one credit card to pay off another card. This can only last so long. At some point, the government must either levy new taxes, begin inflating, or default.

This sordid tale has been retold many times. In medieval Europe, monarchs would clip coins. Clipping is a process whereby very thin shavings of metal are taken off the edges of many coins to produce a new one. Laws are then imposed, forcing people to accept the underweight coins at their face value.

In ancient Rome, from the time of Nero and after, the precious metal content of the denarius steadily declined, from being a nearly pure silver coin to one containing only two percent.

Genghis Khan created what was to be the largest continuous empire in the world. The paper money that only he, and his highest ranking officials could create, concentrated his power, but through successive periods of over-issuance, the economy suffered and the eventually the empire fragmented. Paper money was abandoned in the East until it was reintroduced by the Europeans, some 350 years later.

The printing of money allows for the sustainment of large-scale wars. These simply would not be possible under commodity-based money, as only a finite amount of money could be created.

Hyperinflation predated the rise of Mao in China and the National Socialist movement in Germany. Greatly devalued currencies are associated with both the pre- and post-break-ups of the Soviet Union and Yugoslavia.

Time and time again, the masses suffer the theft of their wealth through a debasement of the money. This process transfers wealth from the existing holders of money to those who have the power to create it.

Prices begin to increase as the early recipients of this new money purchase greater amounts of goods. Those who are unable to participate in this money game, only face higher living costs on relatively stagnant levels of income. Civil unrest resulting from decreased standards of living is blamed on the wickedness and dishonesty of the people. Authorities enact laws to suppress this behaviour, such as price and wage controls. The first well known example of this is the Code of Hammurabi during the time of ancient Babylon. In every case all throughout history, these edicts are passed under the guise of fairness, but they are in fact merely measures to conceal and perpetuate the parasitic burden of the privileged elite class upon the rest of society.

There is a monetary pattern that closely parallels the rise of republics and fall of empires. Initially, money is a tangible commodity. That commodity is then concentrated by those who issue paper receipts merely representative of the underlying commodity. The reason for doing this is to lend out more in paper receipts than what can be legitimately backed. In modern parlance, this is referred to as fractional reserve banking. It permits banks to lend out a multiple compared to what they hold in the vault. This greatly leverages the amount of interest revenue that can be obtained. Occasionally, this leads to public panics when people rush en masse to cash in their paper receipts for something tangible once they realize the scheme for the fraud it actually is.

We live amidst the most modern version of this story. Through a long and steady process, we now regard the paper as not being a receipt for money, but as the actual money itself. Banks lend out enormous amounts of credit based on paper reserves. Central banks stand ready to create whatever new amount of money is required to prevent the spread of panics.

This can only end with the complete debasement of the currency as it is printed into oblivion. In the twentieth century, many currencies have experienced this fate.

Hyperinflation is not a bizarre event without cause. It is the ultimate end state of policy involving the continual printing of currency.