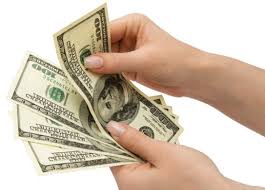 This is a doubt that attacks young people and children around the world, who often hear from their parents or close adults discussing the matter. How can the dollar be a bad thing? How can the life and stability of our country affect us?

The language that is generally used is a bit complicated for someone who is not involved in the world of finance and the national economy or hospitalization, but we can begin with something to get into the subject.

Although there is a lot of information on the subject, it turns out that there is a series of terminology to understand international issues, in which the modern approach is totally different.

What is the dollar?

It is a fiduciary currency that currently coexists with the Euro, for a long time it was the protagonist of the world economy being the basis for world exchange rates. Its currency is presented in 1, 5, 10 cents and 25 cents (quarter of a dollar), 50 cents (half dollar) and one dollar. The ticket is presented in 1, 2, 5, 10, 20, 50 and 100 dollars.

What do its two values ​​mean?

The dolara moves around the world, given the movement of people from one country to another, seeks to find a neutral currency in which they can make purchases or other transactions and is when the role of the currency appears.

The change of the local currency with the dollar causes a black market to be generated, which makes its value different for buying and selling. Those are the two values ​​that are issued when you ask about the value of the dollar. One for the purchase and others for sale.

How to identify the fake dollar?

That cunning that is needed to survive a dollarized world, in addition to knowing the exchange rates and their values, is to be able to recognize the ticket physically. Maybe you can spend all your life in your land without having to know about the dollar in the world but for pleasure trips, for example, you need to handle some data.

Without having to touch them you can see that the colors are very bright, if you rub them with a white paper the ink can be transferred and discard the bill as false, the texture of a false bill is greasy and the original is rougher. Use these tips to get out of any doubt.